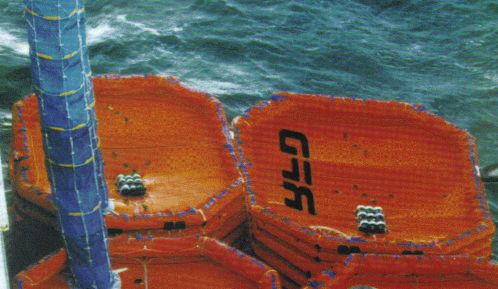 Musketeer Engineering where involved in the prototype design through to the final product of the hydraulic system kits for the new RFD Marin-Ark life raft launching system created by Dunmurry-based Survitec Group LTD, a world leading survival technology company.

The system has been designed to enable inflatable life rafts to be launched off a ship that is listing. Once the system is activated, the life rafts (usually two per rig) can be in the water in 19 seconds and ready to load of 108 people per raft. Part of the system includes a clever unbilical tube designed by RFD, into which the people step and it lowers them at a controlled speed into the raft. This makes it sound quite simple, but it's a clever system now being used successfully, all over the world.